Vectors to the Nearest Data Breach 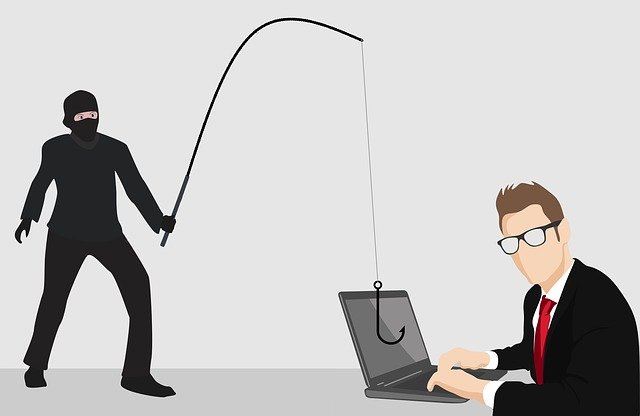 Identity attack methods typically depend on exploiting user accounts in some way. The method used can either be physical or electronic. These methods, when successful, can wreak havoc and lead to costly data breaches.


Social engineering attacks typically involve outsiders manipulating people into revealing sensitive information. In the context of identity attacks, this information is typically a username-password pair for accessing a resource on your network. An extremely common way to socially engineer user identity information is to send seemingly legitimate phishing emails to employees and get them to disclose their passwords.


In one of the most high-profile instances of an identity attack in history, Edward Snowden convinced dozens of NSA employees to disclose their usernames and passwords to him under the guise of completing system administration tasks. If social engineering is deceiving people into revealing confidential information, Snowden’s actions were a case-in-point of social engineering from within.


User accounts that don’t have a valid owner within your organization are termed orphan accounts and they represent a significant security risk. In fact, both Avast and NordVPN experienced months-long network intrusions resulting from orphaned accounts.


Malicious insiders or outside hackers can both exploit orphaned accounts. Such accounts often persist on a network due to a lack of visibility over user accounts or reliance on manual de-provisioning.


Whether due to poorly configured or inadequate access controls, privileged escalation is a method favored by many attackers to get elevated rights on a network. The attack typically involves exploiting a standard user account and vertically increasing privileges to higher levels of access, such as those of a system administrator. With higher privileges comes more access to the type of sensitive information that intruders can exfiltrate from your network or demand hefty ransoms to return.


In a world where multifactor authentication is becoming normalized, systems can request biometric information as a second piece of evidence to verify user identities. The latest trends show that half of organizations use biometrics, such as fingerprints and facial recognition technology, for granting access to privileged accounts.


While requesting biometrics does enhance security, there is a risk of biometric spoofing. At organizations holding extremely valuable data, it’s not far-fetched to imagine a scenario in which a malicious insider copies a privileged user’s fingerprint and uses that to access the privileged account. Another example could be showing a photograph of a user to a facial recognition scanner in an attempt to gain access.

All of the methods used for identity attacks depend upon the use of various tactics. Getting usernames and passwords doesn’t happen by magic, and the determined cybercriminal has a large array of tactics to assist with account compromise. The tactics for gaining access to accounts range from non-technical to extremely technical.


The dark web acts as a veritable marketplace for the trading of stolen credentials. When successful data breaches occur, the perpetrators often list the credentials they steal for sale on the dark web. Other hackers, hoping they can use this information for their own gain, can pay for stolen credentials and attempt to log in to different systems or networks with those same credentials.


The password portion of stolen credentials may be rendered useless because the compromised users typically received a disclosure about a data breach and a warning to change their password. However, there are automated ways to guess passwords tens of thousands of times in an attempt to gain brute force access. The hope is that by going through every possible combination, the attacker eventually gets access.


Often powered by information gleaned during social engineering, manual guessing simply means that the intruder into a network attempts to guess a user’s password by finding out details about who they are. For example, an employee’s Twitter account may reference the name of their pet, which they happen to also use as the password to log in to a corporate resource.


The statistics show that more than 34% of businesses around the globe are affected by insider threats every year. While negligence rather than malice is the primary cause, malicious insiders still make a sizable contribution to this threat. One old-school way to steal privileged access credentials is to peer over an employee’s shoulder as they type their password into a system.


Keyloggers are a type of malicious software that records keystrokes made by a user. If an attacker can trick a user into installing a keylogger, for example, by getting them to download an email attachment, the attacker can use information collected by the keylogger to capture access credentials.

With identity attacks continuing to grow in frequency and sophistication, there are some tools and methods to combat such threats, including:

The methods for combatting identity attacks depend on having a robust identity and access management strategy and solution in place. Tuebora’s self-service IAM solution comes with machine learning capabilities to discover unused access and analyze provisioning behaviors. You can also monitor, detect, and remediate access violations to corporate files and folders.


Get your demo here.


If you enjoyed this post, please consider leaving a comment or subscribing to the RSS feed to have future articles delivered to your feed reader.